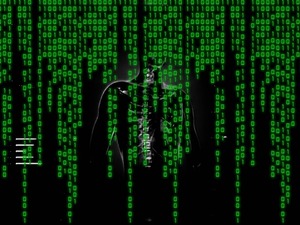 If recent events are any indication, Botnets are going to be in the news a lot more in coming months.

Less than a month ago, a massive army of hacked internet devices broke records when it attacked a French Internet Service Provider, OVH, which hit them with traffic peaks of over 1 Terabyte per second. Not long after that, Dyn, a company that handles domain name resolution, was brought down by another Botnet, which knocked significant portions of the US Internet offline.

At the root of the problem is the Internet of Things. We have a growing fascination with “smart” devices, and manufacturers are churning out an increasing number of internet connected dishwashers, refrigerators, washing machines, toasters, door locks and the like.

Unfortunately, the devices currently being manufactured have only the most basic security protocols, if they have any built-in security at all. That makes it easy for even a hacker of moderate skill to take control of them, and that’s exactly what’s been happening.

Now, researchers have unearthed a new form of malware they’ve named Linux/IRCTelnet.
Like the Mirai malware, which was responsible for the recent attack on Dyn, this newly discovered software is coded in C++. For communication between the hacker and his Botnet, the new software borrows a trick from another bit of software called Kaiten, using an IRC (Internet Relay Chat) channel so that the controlling server can send commands in text format to the Bot army.

Yes, you read that correctly. Bots are getting their orders via text messages.

A deeper investigation into the new malware indicates that it may be of Italian origin, and it can currently infect 700 devices a day. At that rate, it would not take long for the malicious code to generate a sizable force of unprotected internet devices to do the bidding of the software’s as yet identified owners.

Until and unless manufacturers take steps to increase security on the devices they sell, this problem will only get worse. Our own convenience devices are being turned against us, and it’s proving shockingly easy to do.