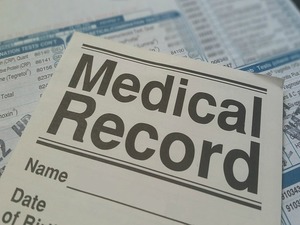 Banner Health, based in Phoenix, AZ, has the dubious honor as having been the recipient of the largest healthcare related data breach so far in 2016. The cyberattack was launched on June 17, and potentially impacts 3.7 million Banner Health patients.

Not only is the number of patient records exposed noteworthy and disconcerting, but so is the sheer volume of patient data the hackers were able to access, which includes patient names and addresses, doctors’ names, a variety of clinical information, dates of service, social security numbers, and information about the health insurance each of the patients has on file.

If that wasn’t bad enough, a spokesman for Banner Health also said that DEA numbers, tax identification numbers, national provider ID numbers, and provider names and address could have been compromised, making the breach one of the most all-encompassing we’ve seen in recent times.

Almost any consumer data has value on the black market, but this level of granularity means that the data will almost certainly fetch a premium on the Darknet. It gets worse though. Banner Health also maintains a number of in-house food and beverage stations on their properties, and these accept credit card payments. It is likely that anyone using any of these outlets between June 23 and July 7 has had their credit card information compromised as well.

Even more damaging, this isn’t the first time that Banner Health has been targeted. In February, 2014, the company suffered a similar breach that exposed the personal information of more than 50,000 people. Although steps were taken at that time to shore up security, it is now apparent that the measures taken were not nearly enough.

Early indications are that the as yet unidentified group responsible for this most recent breach also targeted other health care firms back in March and April of this year. That’s doubly worrisome, because health care information is subject to some of the most stringent protections and safeguards found anywhere, and if these attacks were indeed carried out by the same group, then it’s a clear demonstration of their power. PHI is protected in ways that go far beyond typical industry standards for data security.