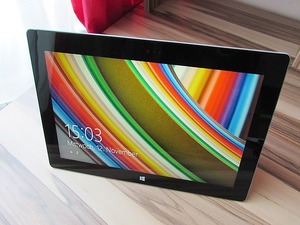 Do you own a Surface Pro, Surface Pro 2, or Surface Pro 3? If so, and if you made your purchase before March, 2015, you should know that Microsoft has just issued a recall for the AC power cords for those devices.

As part of the recall, Microsoft will provide one free AC power cord replacement to every impacted customer. If you have a device that has been impacted by the recall, you can request your free replacement cord from Microsoft here: https://www.microsoft.com/surface/en-ca/support/warranty-service-and-recovery/powercord

If you don’t own one, the Surface Pro is a wonderful piece of technology. It’s a full-fledged laptop that can also serve as a touch screen tablet as the need arises. This essentially gives you, the user, the best of both worlds. So far, it has been extremely well received, and it is doubtful that this recall will significantly change that. In fact, given Microsoft’s swift response to their impacted customers, if anything, this move could actually increase the popularity of the devices.

The Surface Pro represents one of the instances in which Microsoft tech actually beat Apple’s. Sensing competition from the Surface Pro, Apple is offering a full sized keyboard attachment for their latest iPad, making it a tablet that can (somewhat) function as a laptop. As a laptop, however, it is woefully underpowered, making the Surface Pro the clear winner in this particular contest.

It may be the case that the Surface Pro runs into additional troubles down the road, but if this recall is any indication, its user base is in good hands. Microsoft has so far done an excellent job supporting the product’s growing user base, which is only increasing confidence in it.