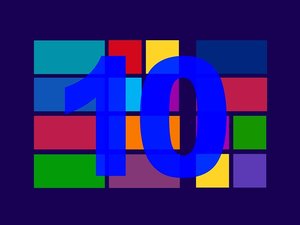 Monday morning Microsoft announced that its next flagship operating system will be available to consumers July 29 as a free upgrade. Most users who have Windows 7 and 8.1 can now reserve their copy. The new OS features a host of features that will be familiar to Windows 7 users as well as others that will make Windows 8.1 users feel right at home.

One of the most notable features of Windows 10 is the return of the Start Menu, something many users missed after upgrading to 8 and 8.1. The new Start Menu is a mix of Windows 7’s classic Start Menu and Windows 8/8.1’s customizable Metro tiles. The new, customizable Start Menu will offer the ability to create shortcuts to applications, frequently-visited websites as well as content suggestions made by the new OS. Windows 8/8.1 users shouldn’t worry, though, as the start menu can also be customized to look almost the same as the previous OS’s start screen.

Windows 8 and 8.1 users will already be acquainted with the App Store, which make a return in Windows 10, dubbed as the “Windows Store.” Many Windows 8/8.1 apps will be compatible with the new version of the OS, but some initial compatibility issues may be in the picture. The same goes for some legacy applications created for Windows 7/8/8.1.

A Host of New Features

Windows 10 will ship with a number of new features. One of the most prominent is a search bar featuring Cortana, Microsoft’s voice-enabled, Bing-powered search assistant. The search bar acts as a hybrid between Apple’s iOS’s Siri and OS X’s Finder, letting users search via voice or text for local files and applications as well as online search results. A new, modernized version of Windows Explorer will accompany the search bar.

Another feature new to Windows 10 is the Task View, which enables multiple, virtualized desktops to organize open apps and windows. Users can place applications related to similar tasks on matching desktops, making multi-tasking easier than ever. This feature will be familiar to most fans of OS X and certain Linux distributions.

The new OS will also make tablet and touchscreen users happy with a built-in touch mode that switches the interface from a standard, Windows-7-esque layout to a simplified, gesture-oriented display. This touch-friendly layout will allow on-the-go users the ability to unplug standard input accessories while still getting the most out of their hardware. Alongside the new touch mode, a new snapping mode has been added, allowing users to snap up to four windows at once – one in each corner. Anyone with a larger display will find this invaluable.

Last but not least is Edge, Microsoft’s newest browser. Formerly known as “Project Spartan,” Edge is Microsoft’s answer to newer, streamlined browsers like Mozilla Firefox and Google Chrome. Outfitted with a new rendering engine, Edge will allow users to draw on and annotate webpages, install extensions, enter a new “reading mode” and use Cortana for online searches. Don’t worry, though, Windows 10 will ship with IE 11 installed in the background to allow users to view legacy websites that rely on the long-standing browser.

Many legacy applications, including Microsoft Office 2010/2013 and Office 365, have been shown to be compatible with Windows 10. There will, however, be a few missing features after upgrading. Most notable among the list of missing features and applications is the inability to use pre-11 versions of Internet Explorer, something with which many enterprise users and administrators will need to contend after upgrading. Windows Media Center and Windows 7 gadgets are also among the list of missing features; Media Center and any installed gadgets will be removed once Windows 7 installs have been upgraded to Windows 10.

USB floppy drive users will need to manually retrieve drivers from Microsoft’s website as long as their hardware is supported. Windows Live Essentials, a free suite used mostly by home users, will be replaced by an inbox version of OneDrive, something that won’t be new for Windows 8.1 users. Less notably, the Windows 7 version of Solitaire, Minesweeper and Hearts will be replaced with Windows 10 counterparts that will be available in the Windows Store.

Microsoft is allowing most Window 7 and 8.1 users to upgrade their systems for free, as long as the upgrade is done within one year of the OS’s launch. Right now, users connected to the internet can “reserve” their copy of Windows 10 and schedule a time for the upgrade. Once the update is done, users will be able to receive updates for the life of their device, meaning there will be no further fees for Windows 10 as was once speculated.

Users currently running Windows 7 SP1 and 8/8.1 Enterprise and Windows RT 8/8.1, however, will be excluded from the free upgrade at this time. Anybody running a version of Windows older than 7 (XP and Vista) or anyone who is running an unlicensed, inactivated or pirated version of Windows will have to either purchase an eligible copy of Windows 7/8.1 and upgrade within the first year or buy a license of Windows 10 after its launch. New licenses of Windows 10 Home are expected to run users about $119, and Windows 10 Pro licenses are expected to cost about $199. Enterprise users will need to follow a volume licensing path separate from this update.

To Upgrade or Not to Upgrade, That Is the Question

Windows 10 will have a lot of new stuff for consumers to use, but at the same time many of these new features will come at the cost of learning a new interface. The value of a free operating system upgrade may be appealing, but Windows 7 and 8.1 are slated to have a respective five and eight years of additional support. The question is almost a no-brainer for tech-savvy users, but other folks may want to hold off until all of the kinks have been ironed out. Minimum system requirements are almost identical to that of Windows 8.1, so almost anybody will be able to make the jump; the upgrade tool provided by Microsoft will alert users of any compatibility problems.

Enterprise administrators will almost undoubtedly want to wait to upgrade until the system can be vetted for internal compatibility with end-user software and enterprise management software. It should be noted that Enterprise administrators will be able to disable upgrades until their organization is ready for the new OS. As with most new software, talking to your IT provider is the best option as they will know your needs the best and can help you make the right choice for you.