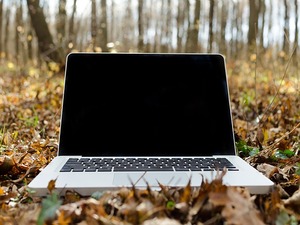 One of the first, best pieces of advice computer owners get is to always keep their operating system up to date. It’s sound advice, because OS manufacturers generally do a good job of responding to new attack vectors and releasing security patches designed to make sure that hackers don’t have an easy time breaking into your system.

Mac users, though, face a slightly different problem. It’s one that can’t be solved by something as simple as keeping their OS current.

The issue lies with EFI, which stands for Extensible Firmware Interface. This technology was designed by Intel, not Apple, and it is the bit of code that runs before the Apple OS boots up and takes over. Unfortunately, any code, firmware included, can contain flaws and security vulnerabilities, and in the case of EFI, hackers have found a way in that bypasses Apple’s normally robust security measures.

By injecting malicious code prior to the OS taking the reins, hackers have been able to quietly infect a surprising number of Mac machines, and because the firmware isn’t part of the OS proper, none of Apple’s security updates touch it.

It’s certainly possible for the company to push firmware updates, but these are handled differently than OS security patches, and as such, not all users get them. Even if they get a notification, they may not install the update.

In fact, recent research by the security company “Duo Labs” analyzed more than 73,000 Macs and found that 4.2 percent of them were running firmware versions with known vulnerabilities.

This is a problem badly in need of a robust solution. Users have been conditioned to install OS security updates, but rarely think about the firmware that controls the initial boot process, and as such, have a blind spot for the dangers that outdated firmware represents.

So far, Apple has shown surprisingly little interest in offering a more reliable firmware update solution, so if you use Mac computers in your home or office, for the time being at least, it falls to you to be sure that you’re updating not just the OS that drives your machine, but the firmware that your OS relies on.