Let’s Talk about the $1,000 Google Chromebook 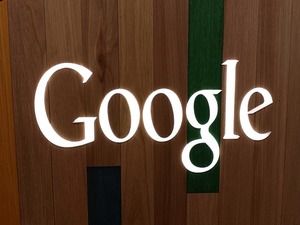 There are laptops that are worth more than you pay for them, and there are laptops that are worth just about what you pay for them or a little less. When you buy a cheap laptop, that’s what you expect: a functional, but drab, machine that kind of just gets the job done most of the time. While Chromebooks have not been considered the lowest of the low in the laptop world, they haven’t exactly been considered premium, either, which is why the new $1,000 Chromebook is leaving consumers just a little boggled.

Chromebooks are generally priced in the $200 to $300 range, and while they are known for being a good quality for the money, they still aren’t worth $1,000. The screen is a little low-resolution. The track pad leaves something to be desired, and the colorful cases are difficult to scrub and keep their original colors. However, the Pixel aims the change that once for all.
Not only are all of the typical Chromebook issues that the Chromebook is infamous for gone with the introduction of the Pixel, it boasts all of the powerful features everyone knows and loves about the Chromebook. The battery has upwards of a fifteen hour charge. It charges quickly. A new processor keeps things going at a pace worthy of a high-end exec’s life, and the new Pixel actually comes $300 cheaper than the old Pixel, which was introduced about two years ago.

Pixel didn’t quite reach popularity when it was first released because of our general discomfort with cloud services when it hit the market. Most people believed that $300 for an experiment – that is, the unique Chromebook feature of not having a hard drive where things can be installed in the traditional sense, but rather depending on GoogleDrive for the majority of its storage needs – was completely reasonable. However, the original $1,300 price tag on the Pixel was just not going to cut it.

Times have changed, and Google has proven its point and the convenience of having a computer like the Chromebook. The typical Chromebook model is now a serious competitor in the low-end computer world, and the Pixel is about to find itself in an entirely different class with the features that only befit such a prestigious piece of equipment.

A Couple of the Standout Features

Pixel is more than just a powerful computer with a good battery. As mentioned earlier, all of the features that Chromebooks are known for that no one likes have been completely repaired, and Google outdid themselves. The 12.85 inch, 2560×1700 pixel screen is crisp and the perfect brightness to cover any fingerprints. The keyboard is backlit, and the trackpad is a smooth, long-lasting glass that will never again make your fingers ache for the mouse days. Best yet, the device comes in under 3.5 pounds and is easily portable.

One of the most interesting features of the Pixel is that it includes the new USB ports included on the MacBook, which are thin, quick, and designed for new thin devices that are hitting the market. These ports allow for charging to be done in less than an hour from a completely drained state. Obviously, the best part of it all is that the port is entirely reversible, a problem that has plagued the human race since USB ports became popular. There will be no more flipping and flopping a USB – there will only be plugging.

This little computer, with 8GB of RAM and the latest Intel Core i5 Processor, is a zippy little device that finds itself in direct competition with the MacBook, despite its cloud-like nature. More apps are being added daily, and despite some space limitations and problems syncing with a printer, it is a promising device with a ton value and the potential to deliver more as time goes on.