The part of Kodak that has made them famous will be no more in a few weeks.

Kodak, who is in the midst of bankruptcy, has decided it’s time to sell off what’s left of its film business. The rest of the business includes photo-development kiosks, photo paper, digital cameras, and even the equipment used to snap photos at amusement parks across the world.

For many years, “Kodak” was the “Frisbee” of the film world – everyone used it interchangeably with the words “film” and “picture”. Kodak filed Chapter 11 bankruptcy in January of this year, and this is only the first step to dismantling the company completely.

The small company’s aim is to only keep products and resources aimed at the enterprise and commercial side of business. When all is said and done, Kodak plans to keep selling inkjet printers to consumers and several types of film to moviemakers. The next thing it plans to sell is the imaging and document division early next year. Kodak hopes that they will be ending the bankruptcy claim near the end of 2013.

“The initiation of a process to sell the personalized imaging and document imaging businesses is an important step in our company’s reorganization to focus our business on the commercial markets and enable Kodak to accelerate its momentum toward emergence,” CEO Antonio Perez said when asked about the bankruptcy in March. “In addition, we continue our initiatives to reduce our cost structure and streamline our operating models in an effort to return the company to profitability.”

Kodak also plans on auctioning off the vast majority of its patents, including those involved with digital imaging. Earlier this month, Apple attempted to claim several of Kodak’s patents, but the judge denied the claim because Apple “waited too long.”

Finding the Right Employees for You at the Right Time

People who work at your company play a gigantic role in the success of your business. When you start

Five Windows PC Shortcuts Anyone Can Use

Do you sometimes wish there was a quicker way to get to a different tab, a current page, or a comple 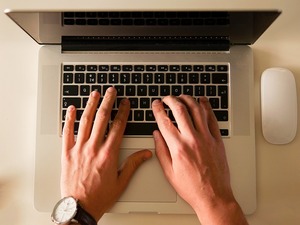 No matter how good, expensive or robust your security system is, your employees are always the weake