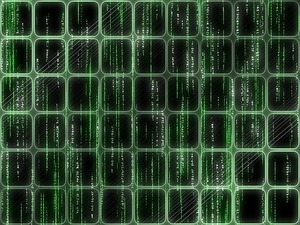 One of the most dangerous forms of banking malware, dubbed “Svpeng,” has recently gotten an upgrade that makes it even more troubling, this, according to researchers at Kaspersky Labs. The upgrade adds a new keylogging feature that allows the malicious software to track and log each keystroke, sending it back to the hackers at whatever interval they wish and giving them another means to steal an infected user’s sensitive information.

Of particular interest, if you’re living in Russia, you’re completely safe from the damaging effects of the malware.

You’ll still be infected, but one of the first things the new variant does is check the device language, and if it’s set to Russian, all malicious activities are disabled. The supposition here is that the group members behind the software are Russian themselves. In giving their fellow Russian citizens a pass, they’re likely not expressing some form of national solidarity, but rather, attempting to gain immunity from Russian cybercrime laws, which only apply if Russian citizens are the targets of a hack.

So far, the new Svpeng variant has infected users in twenty-three countries, and the number of infected devices grows by the day. It winds up on people’s systems by masquerading as a Flash Player install file.

As to the new keylogging function, it takes advantage of Android’s Accessibility Services. Once it’s installed, it can grant itself administrator rights, display an overlay on top of legitimate apps, make itself the default SMS app. It can even make calls, read contacts, send and receive SMS messages and so forth (all this, in addition to actually logging a user’s keystrokes).

Even more troubling, though, is the fact that by piggy-backing on the phone’s Accessibility Services, it can gain access to other apps installed on your phone and take screenshots each time you press a button on your keyboard.

In short, it’s a nasty piece of work, and although Google has not released a patch to close the loophole that Svpeng exploits, you can bet that one will be coming soon!