There has been much discussion about the alleged iPad mini as of late, but there hasn’t been any official news from Apple on the product – ever.

Rumors of the iPad mini hitting the market have begun to turn into questions. On October 10th, it was expected that invites to the grand premiere of the product would go out to the public. It didn’t happen, and as of today, it still hasn’t happened. Several news networks are reporting that there is simply a production delay, one that we have seen before in Apple products. The reports all claim that the iPad mini is set to release after October.

The product has been unconfirmed for months, and many assumed that it would have been announced at the iPhone 5 press release. “If they’re trying to do the same thing they did with iPhone 5, where they go to a more molded chassis and push the boundaries of industrial design, it is possible that would cause some production delays,” according to iSuppli’s tablet analyst, Rhoda Alexander.

She then went on to say that because of the amount of rumors associated with Apple in the first place, it’s impossible to actually tell if this is just one more rumor or not.

If the iPad mini doesn’t materialize within the next month, be ready for a whole new slew of rumors about the mini from hopeful Apple loyalists. 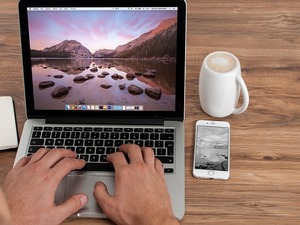 If you’re in the market for new hardware, PC or smartphone, now is the time to buy. All indication

10 Ways to Attract the Right Following on Social Media

A social media platform is one of the best ways of marketing a business of any size, but be sure to