IBM’s latest project is called SyNAPSE, and its purpose is to create a computer with a system architecture that closely resembles a human brain. This, it is believed will be the Next Big Thing in computing, allowing us to take processing to heights greater than anything we’ve been able to imagine to date.

How Can It Possibly Work?

On the surface of it, it sounds like something lifted straight from the script of a science fiction movie, but there’s actually some very solid science behind the idea, and there’s already a small working prototype. The idea is centered around the fact that our current understanding of computers and computing in general is that computing is an inherently linear process. There are two spheres, data processing and data storage. They exist independently of one another, and in order for a computer program to function, it must march through a series of logical, ordered steps in a sequence (executing a computer program) with data pulled from storage and processed at each step.

That’s all very left-brain, logic based stuff, and that’s the outer boundary of the limitation. Our brains are composed of a logical left hemisphere and a creative right hemisphere. The idea behind this project is to give our computers a right hemisphere. What IBM is trying to do is to give them the ability to extrapolate not just on facts, but on suppositions, reaching conclusions with vague parameters that would be utterly rejected by any computer in operation today. A right brained computer would be able to identify patterns that our left brained computers of today wouldn’t even see; simply couldn’t see, ever.

It’s worth remembering that the idea here is not to replace our current computer chips with chips based on this new architecture, but ultimately to have computers operating with both a left brain chip set and a right brain chip set. Then, depending on the type of task given to the computer to perform, whichever chip set is best suited to performing the function you’ve assigned to it would be the chip set utilized.

The Current State Of The Technology

IBM has created a chip with 256 processors. The designers are calling these neurons, and they are laid out in rows and columns. All of these are connected via synapses to 1024 axons, which serve as storage. Note here that in this array, there is no functional difference between storage and processing; they are no longer distinctive entities. This allows for faster processing for certain types of problems (pattern recognition, for example), and comes with the added advantage of requiring very little electrical power.

The biggest hurdle here is that the new paradigm essentially breaks traditional programming. A linear set of instructions is perhaps not completely useless to a massive array of processors set to function in parallel, but it is extremely sub-optimal. Instead, you would have to essentially teach the computer what it’s supposed to do, rather than program it.

The next step in IBM’s plan is to build a chip set with a million processors, massively scaled from their current 256. No one really knows what happens after that, but it will be fascinating to see.

Cottage Health System, a company that operates five hospitals in the Santa Barbara area of Californi 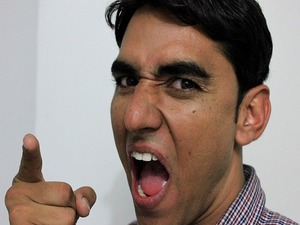 It’s okay: dissatisfied customers are a part of business life. Your response is everything, though

Life skills are behaviors used to manage personal and professional affairs. These skills are acquire