Plenty of people use Twitter every single day to talk about what they wish to talk about in under 140 characters. The tweet is then published to a feed that transmits to any number of followers. Bigger tweeters have thousands upon thousands of followers, each and every one hanging onto their every word about everything they can fit into 140 characters. But if you use Twitter, you know that there aren’t any ads whatsoever on Twitter, no matter where you go.

What one needs to know about Twitter is that whenever you say something, you will be heard. Say it through your twitter feed and the world will listen, and there is a database that allows one to search a tweet subject. The database is one of the keys to Twitter’s ability to make money – they sell that information.

Twitter sells the tweets of everyone related to a particular topic, such as finances or babies, to searchable websites like Google, Bing and Yahoo search engines. This makes them appear on search engine results when someone is looking for a particular subject. Twitter also cleverly claims the rights to all of the tweets made on their website, allowing them to publish live tweets without any extra permission on hot topics to bring extra direction and revenue to the site. Search engines get this live data and use it in their search results, and as a by-product, Twitter gets even more users.

Twitter.com is one of the most well visited websites at the time, and is worth an estimated nine billion dollars as of their last financial review if they were to sell today. That kind of establishment brings a lot of business, and some companies have chosen to use this to their advantage using Twitter’s promotional feature that pushes certain Tweets to the front page and gets them trending for a set amount of cash. Some companies like Disney, Pixar, and Starbucks have made high revenue contributions to Twitter to get their Tweets to the top and have them continuously post at the top. This advertisement method, for the most part, is the main way Twitter gains enough funds to continue growing the site at an exceedingly staggering pace.

Twitter has plans for expanding their promoted tweets program, but it’s not clear at the time in which direction it will go.

USPS Vulnerability May Have Exposed Millions of Users

Do you have an account on USPS.com?  If so, you’re not alone.  Tens of millions of Americans 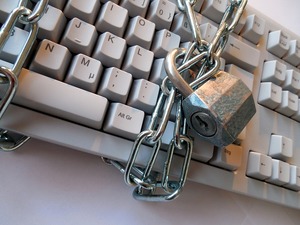 If You’re Using Any Of These Passwords, Stop

Hackers are at it again with a massive attack on Tumblr yesterday. GNAA, the hacker group that claim