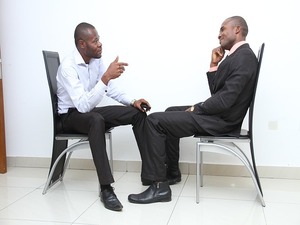 How much does a “bad hire” cost your company? Probably more than you think. In a recent survey conducted by CareerBuilder, a staggering 41{7e4ee7cd997d36f6dec43befd6b19c37edf0959bbf61766e988f901dd91e96d7} of companies estimated that a bad hire cost their firm more than $25,000. A quarter of those surveyed estimated that the cost was higher than $50,000, and of course, top tier positions get dramatically more expensive than either of those figures.

That’s big money no matter how you slice it, and as you look back on your own hiring process, you can probably identify more than a few times that it didn’t end well. The question then, is why? Why is it so hard to find a good employee when you go through the hiring process?

The answers are actually simpler than you might imagine, and the even better news is, this problem is entirely fixable.

It starts with urgency.

The unfortunate truth is that most people don’t give you a lot of notice when they’re leaving. Two weeks’ notice is the custom, but the custom has been slowly falling out of favor. These days, you’re just as likely to find out that John quit when he stops showing up for work one day, and of course, when that happens, the pressure is immediately on to find a replacement. When you rush, the likelihood of a bad decision increases.

The second problem is with the job descriptions we tend to use. Job descriptions typically suffer one of two problems. Either they’re so vague as to be useless in terms of telling a potential applicant what the job is, or they’re so hyper-specific that they become intimidating, and actively drive people away from applying.

Finally, there’s the interview process itself, which tends to be hit or miss in the best of cases, and decidedly unfocused in the worst. How can you hope to identify a worthy candidate if they don’t know what job they’re actually applying for because the description is so vague, and you don’t have a firm strategy in mind when it comes to interviewing them?

Again, these problems can be fixed, but doing so will take time, effort, and focus on your part. The sufficient notice issue is mostly an artifact of company culture, and can be addressed by making small shifts and changes on that front. Job descriptions are best left to the team of people actually working with the person you’re looking to replace, with a focus more on traits and characteristics than on specific education milestones requirements.

Finally, the interview process itself should be team focused, with the people that the new hire will ultimately be working with playing an active role in the selection process.

Unfortunately, there’s no “magic bullet” that will solve this problem. No single thing you can do to make it go away, but if you adopt the ideas presented here as a whole, you’ll find the entire process much smoother sailing and less costly.