Have Issues With Iphone 6S Shutting Down? Apple May Replace Battery 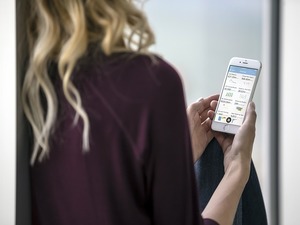 01 Dec Have Issues With Iphone 6S Shutting Down? Apple May Replace Battery

Do you own an iPhone 6S? If you do, and it was manufactured in September or October of last year, it might be experiencing problems that cause it to shut down unexpectedly. If you’ve experienced that type of issue, you could get a free battery replacement from Apple to solve the problem.

The first step would be to contact Apple, or 9to5Mac, and have them check your phone’s serial number to see if it’s one of the phones in the batch that has been identified as having the problem. If it is, Apple will send you a replacement issue for free.

The company was first alerted to the problem by a Chinese Consumer Protection group. On investigation, the company concluded that while the problem is quite real, it poses no safety hazard. Nonetheless, the company has already offered battery replacements to consumers who are suffering from the issue.

This is not the first problem Apple has had with the somewhat troublesome iPhone 6. Just over a week ago, Apple offered to repair (not for free, but at a reduced price) any iPhone 6 Plus’ that had flickering display or multitouch issues.

It’s important to note that Apple’s 3rd party vendors are not participating in the battery replacement, so if you have one of the problematic phones, you will need to contact Apple directly to secure your replacement. Before taking your phone into your nearest retailer to have the swap performed, the company has been advising users to back up their data to iTunes or iCloud, and erase all content and settings.

The company also notes that:

“If your iPhone 6s has any damage such as a cracked screen which impairs the replacement of the battery, that issue will need to be resolved prior to the battery replacement. In some cases, there may be a cost associated with the repair.”