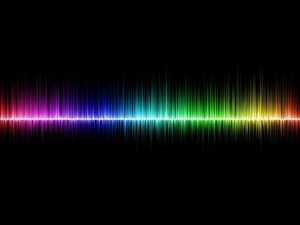 File this one away under “obscure and terrifying.”

Recently, a security researcher named Alfredo Ortega, speaking at a security conference in Buenos Aires, unveiled research revealing that the hard drive in your computer can be, with a bit of work, turned into a rudimentary microphone and used to spy on you.

It should be noted that this hack only works on HDDs and takes advantage of the way they are designed. Understand that this isn’t a flaw; it’s simply the way the technology works.

An HDD cannot be read or written to if it is subject to vibration. Your machine has to wait for the oscillation to stop before it can perform an action. Modern OSs come with built in tools that measure HDD operations to the nanosecond, and herein lies the secret of Ortega’s discovery.

The longer the delay, the louder the sound, and the more intense the vibration, which leads to longer delays in the read-write function of the drive.

Knowing this, Ortega figured that it would be possible to work backwards and reconstruct the sound that caused the vibration on the HDD platters.

He was at least partially correct. While his reverse engineering technology is not yet sufficiently developed to pick up conversations, he notes that there is research that can recover voice data from very low-quality signals using pattern recognition. He figures that it’s just a matter of time before someone applies it to his research.

Per Mr. Ortega: “I didn’t have time to replicate the pattern-recognition portion of that research into mine. However, it’s certainly applicable. For that reason, I would not discard that additional data like voice could be recovered in the future.”

It’s not something to be worried about immediately, but the day’s coming when your own hard drive could be used against you.