In recent times, the US has seen many advanced and sophisticated hacking techniques from places like China that are designed to target big business and government data. However, Google has stepped up recently and said that yesterday they discovered that the threat isn’t just coming from China. The techniques used against the government have been seen being used in smaller, but just as powerful, niches.

“Compared to five years ago, more scams [and] illegal, fraudulent, or spammy messages today come from someone you know,” Google said in a recent blog post. “Although spam filters have become very powerful — in Gmail, less than 1 percent of spam e-mails make it into an in-box — these unwanted messages are much more likely to make it through if they come from someone you’ve been in contact with before. As a result, in 2010 spammers started changing their tactics — and we saw a large increase in fraudulent mail sent from Google Accounts.”

Spammers have been breaking into legitimate, established Google accounts and have been sending email from those accounts to the contacts they have listed. Though spam is somewhat minor in the grand scheme, these attacks will likely not stay innocent for long.

“We’ve seen a single attacker using stolen passwords to attempt to break into a million different Google accounts every single day, for weeks at a time,” Google continued. “A different gang attempted sign-ins at a rate of more than 100 accounts per second.”

Since Google has begun to require follow-up questions depending on where the account is being accessed and another 120 different factors, compromised accounts have dropped 99.7{7e4ee7cd997d36f6dec43befd6b19c37edf0959bbf61766e988f901dd91e96d7} in the last year. However, the recent rise has made Google bump up their game in several ways, and encourages all Google account holders to use two-step verification and setup recovery options in case your account is stolen. Though determined hackers will know how to get around these security options as well, it’s a good start in protecting your account. 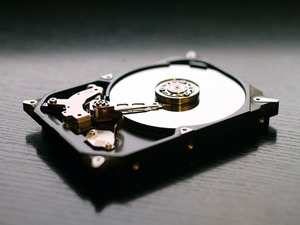 Do you consider yourself to be a power user, where computers are concerned? Do you have one or more

Do You Need to Ban Technology from Your Meetings?

In recent years, people have switched from good old fashioned pens and paper to the more sleek and i