Firefox and Google Break Up

Mozilla has released the latest update to its flagship web browser, Firefox 34. Other than the staggering version number this new release brings with it several interesting changes to its browser and highlights what could be a growing rivalry between Mozilla and the search giant, Google.

Most browser updates aren’t too exciting these days but this one brings to light a growing indication of a level of competition that has never been seen before between the two companies.

For many years Google has been the default search option included with Mozilla Firefox. However, in North America beginning with Firefox 34, Mozilla has changed the default search engine to Yahoo. While all users are able to immediately switch their default search options back to Google, this change still represents a dramatic shift for the browser maker. Overall, the Yahoo search functions work perfectly for most searches and Yahoo has taken the time to customize the search experience specifically for Firefox but some searches feel incomplete especially those searches that would normally trigger Google’s Knowledge Graph.

Mozilla and Google go way back, with Google providing much of the funding needed by Mozilla to continue its operation. However, with the release of Chrome, Google became not only just a partner but also a competitor. Firefox has been steadily losing ground to Chrome over the last few years and this has put the two companies at further odds as Google takes the lead in the browser wars.

While most users are yet to see these new features, Firefox 34 offers new chat features that allow users to create both audio and video chats from within the browser itself without the need of any third party software. This new release brings them into conflict with several of Google’s own chat features which are built into their popular Gmail systems as well. Currently, this new feature has just been moved out of beta into the mainstream, but users will only gradually have access to the system as Mozilla carefully manages and balances its server loads so the new service doesn’t get overwhelmed.

All About the Money

While Mozilla has remained silent on the issue, it is widely known that for the past several years Google has paid for the right to have their search engine used by Firefox. As Yahoo steps up its game and improves its search functionality to compete with Google they could have simply outbid Google for the right of having their search engine appear as the default choice in Firefox 34.

Whatever the reason for the change, Firefox 34 now includes Yahoo as the default search engine for its users. Like it or not, this is unlikely to change in the near future and users not satisfied with Yahoo will have to take the time to switch their search functions back to Google, which is still included as a search option in the browser. While many believed the browser wars were over this latest change highlights the fact that this war is still very much being waged, with Mozilla continuing to search for new ways to top Google Chrome and regain some of the ground it lost to the search giant.

3 Tips to Choose a Quality Name for Your New Business

Naming a new business isn’t easy. In fact, when you’re shooting for something creative, interest

Digital marketing was a proven venture in 2013, challenging many companies to increase time and mone 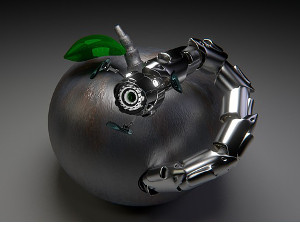