One way or another, at one time or another, everyone in business is also in sales. You may not work in the sales department or have a title that has anything to do with selling generally, but the bottom line remains the same. The business of business comes down to selling. Yourself. Your ideas. Your products. Even your vision for the future direction of the company. If you can’t sell it, odds are that it won’t happen, and if it does, then it almost certainly won’t happen efficiently or effectively.

The Importance Of The Pitch
All that goes to say that if you’re in business, then sooner or later, you’re going to have to get up in front of a room full of people and pitch something, either so that your ideas will take root in the corporate consciousness, or so that your products and services get picked over those of some competitor who’s also on the scene, pitching his or her little heart out. It just comes with the territory.

A good pitch doesn’t happen by accident, but by design, and given the importance of the pitch, you’d think that more people would spend time studying the specific elements that make a good one, or at the very least, study past disastrous pitches to avoid making those same mistakes. Sadly though, most people don’t put any significant time into their study at all, and just…wing it. That’s unfortunate and it is a mistake, because there are a few simple things you can do ensure that your pitches resonate with your audience.
It’s Show Biz
At least to a degree, a successful pitch is as much about not screwing up as it is about putting in a good performance. The absence of any obvious mistakes is itself a central part of what makes a successful pitch, and this is probably the first and easiest thing to focus on where improving your presentation is concerned.

Whatever the topic, you should know it cold. Whoever the attendees are, you should know everything about them, including who your natural allies and supporters are, and who’s likely to try and sabotage you at the conference table, playing the role of human hand grenade in order to derail you.
Attention, Attention!
Once you’ve attended to the informational aspects of the pitch meeting and seen to it that your chances of making an unintentional spectacle of yourself are minimized, the next things you can do are all customer and audience centric. These elements are soft skills like engagement. Your pitch is already off the rails and on its way to being outright doomed if the person you’re pitching to is playing his favorite iPhone app instead of listening to you, so finding ways to make your presentation interesting and engaging is of paramount import.

The best way to do that, of course, is to focus on your customers. In this case, your customers are those people attending the meeting. What do they want? More importantly, what do they need and how can their acceptance of whatever you’re pitching give it to them?

If you can answer those questions, you’ve won before you hit the door. If you can’t, it’s a roll of the dice, at best.

A few days ago, Yahoo announced that they would roll out a new tool that allowed people to claim acc

How to Recruit Top Tech Talent

One of the most difficult tasks any company has is filling those leading edge tech positions. It can 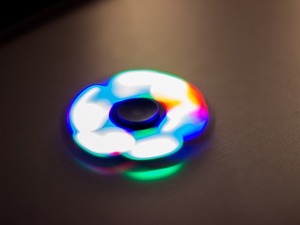