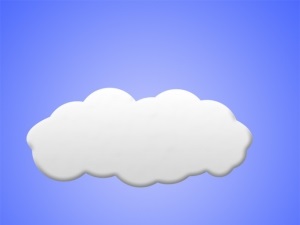 Though Adobe isn’t the first company to offer subscription-only services, this choice does come as a bit of a surprise to other companies and users of the newest Creative Suite.

“We have no current plans to release another perpetual release of the CS tools and suites. Creative Cloud is going to be our sole focus moving forward,” Scott Morris, senior director of Creative Cloud, said. So if you already have a copy of the program on your computer, you can keep it – just don’t expect any more updates.

Though Adobe only launched Creative Cloud last year, the company says that customers “prefer” it to the downloadable version. In fact, the $50 a month service has more loyal customers than those who use the traditional perpetual-license to run CS. This, combined with the fact that customers have nothing but good feedback for Creative Cloud, has led Adobe to their decision to drop license sales completely.

Morris admits that this is moving a bit more quickly than he and his team expected, and that Adobe has been surprised on how well customers have taken to Creative Cloud. “We know that it is going to be a difficult transition for some customers, but we think it’s going to be the best move in the long haul.”

Of course, only allowing subscription-based customers also means a large rise in income for the company since the recurring-revenue approach means that people can’t stop paying for the product if they want to continue using it. Once customers are in, they stay in, and that’s going to bring more capital to Adobe.

A license for Creative Suite is $50 a month, but if you had a previous version of CS, the price is reduced to $30. In addition, if you purchased CS6 that was released last year, there’s a $20 price point for you that was just introduced a few days ago. If you don’t want the entire suite, you can also purchase individual programs for as low as $10 a month with full access to the Creative Cloud.

The shift to pay-as-you-go as been a slow one, but now that it’s been introduced, it appears to be the wave of the future.