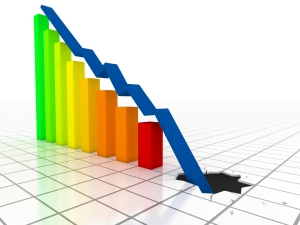 As the Cloud market begins to shifts and change, so do the people who provide Cloud services. Nirvanix, one of the first Cloud service market providers based out of San Jose, has started to tell their customers to move their data elsewhere due to lack of funding.

The small company reported just a few days ago that they have less than a month to find funding, or they’ll have to close their doors forever. In addition, cloud partners have been informed that they will no longer be able to move their stored data to the Nirvanix cloud.

Nirvanix partner Aorta Cloud, which provides Cloud services to the UK, would also have to follow suit and shut down if Nirvanix doesn’t get any funding soon.

Both Nirvanix’s CEO and Aorta’s are desperately seeking new sources of funding because both believe that “we need to see if there is a chance to keep Nirvanix going.” Aorta Cloud also runs a venture capital operation called Aorta Capital, though that branch is in no danger of kicking the bucket anytime soon.

Nirvanix is known to allow companies and individuals to store petabytes of data, and putting such a strict deadline on transferring all of that data off of their servers is making some people nervous. Writing data takes more time than most expect, and transferring petabytes would take days, if not longer on from a different service provider. For example, moving 12TB of data from Amazon’s S3 bucket to another competitor took over four hours, and moving the same amount of data to Microsoft’s Azure took nearly 40 hours.

If you or one of your companies uses Nirvanix or Aorta Cloud, now’s the time to invest in a different space and transfer your data just in case the company goes bankrupt and takes all of your data with it.