Google’s Play Store is under siege. In recent month, there has been a sharp spike in malware campaigns launched against the store, with a shocking number of poisoned apps slipping past Google’s robust system of checks designed to prevent, or at least minimize such occurrences.

The spike in poisoned apps has been reported by three different security companies: Dr. Web, McAfee and Malwarebytes.

According to the latest McAfee report, 144 Play Store apps have been identified as containing malware. To give you a sense of the scope and scale of the attack, McAfee analyzed a sample of 34 of the malicious apps and found that they had been downloaded between 4.2 million and 17.4 million times.

Of the malware strains found to be present on the Play Store, far and away the most common is Grabos, which is designed to push fake notifications that trick unsuspecting users into installing other apps. Based on the observed behavior, it’s likely that Grabos’ authors generate revenue based on the number of installs achieved. Based on the sheer number of downloads, it’s a model that’s paying handsome dividends for the hackers.

The second most common malware strain identified in the McAfee report is AsiaHitGroup, which utilizes an IP blacklist to specifically target users in Asian countries. This malware was initially found in an app named “QR Code Generator,” and once it infects a user’s machine, it will download a second-stage threat in the form of an SMS Trojan, which auto-subscribes infected users to premium phone numbers using SMS text messages.

Since its initial discovery in QR Code Generator, the AsiaHitGroup malware has been found in a variety of other apps, including alarm clock, photo editor and internet speed test apps.

The security firm Dr. Web found a third distinct malware strain called Android.RemoteCode.106.origin, which was found to be embedded on nine different Play Store apps that had been downloaded between 2.37 million and 11.7 million times.

This campaign opens an “invisible” browser page that shows ads and is the least intrusive of the malware strains found. It’s likely that the hackers controlling this one get paid via ad impressions which are spoofed on the invisible browser window.

In addition to these, ESET has identified a fourth threat, having identified eight different apps that are infected with the MazerBot banking Trojan. This one is potentially the most damaging of the recently identified threats.

Google’s Play Store is clearly a fair bit more dangerous currently than its users are accustomed to. Be very careful when downloading apps until Google can beat back these recent attacks. 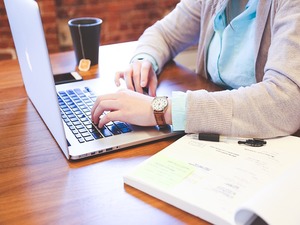 Are You Managing Your Online Reviews?

Online reviews, particularly for products that aren’t bought in store (or can’t be), are incredi

How To Get Started With Podcasts