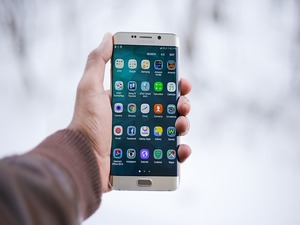 Security researchers at the firm ESET have recently warned of a total of 8 apps found on the Google Play store. These apps, at first glance, appear to be designed to help users increase their number of followers on various social media platforms, and as such, may have found their way on a variety of your firm’s handheld devices.

Once installed, however, it quickly becomes apparent that these apps are little more than thinly disguised malware. The cycle begins at registration, where the user is required to input a variety of personal information. That completed, the user then finds himself on a treadmill of sorts. An endless cycle of special offers to click through, some of which require yet more personal information, and others, requiring a small subscription fee.

There doesn’t appear to be any end to it. Each time you click your way through a special offer, a new one appears. It seems designed to gather as much information about the user as possible (no doubt for resale later) and to get you on the hook for as many subscriptions as it can before the user gives up and uninstalls the app.

This, of course, is a new twist on a fairly old game. Malware and Adware are by no means new, but the fact that these apps made it to the Google Play store masquerading as legitimate apps that serve a useful function indicates a new level of sophistication in the technique.

Google has since removed the apps from their store, but they can still be found in other online App repositories, underscoring the importance of only acquiring new apps from trusted vendors, and checking the number of installs and user reviews before committing to an installation yourself.