Diablo and Warcraft creator Blizzard Entertainment suffered an internal network security breach earlier this week, according to a press release.

Blizzard indicated that they don’t believe any sensitive information such as credit card numbers was stolen, but emails and encrypted passwords from non-China Battle.net accounts were stolen. Michael Morhaime explained the situation further in Blizzard’s official blog:

[Blockquote]This week, our security team found an unauthorized and illegal access into our internal network here at Blizzard. We quickly took steps to close off this access and began working with law enforcement and security experts to investigate what happened.

[More blockquote]At this time, we’ve found no evidence that financial information such as credit cards, billing addresses, or real names were compromised. Our investigation is ongoing, but so far nothing suggests that these pieces of information have been accessed.

Blizzard also believed that in addition to emails and encrypted passwords, personal security questions and mobile information for US, Australia, and Latin America users may have also been accessed and stolen.

However, the company also stated that they use an advanced, difficult to crack cryptology technique that the blog explained would make it nearly impossible to hack into accounts. “Based on what we currently know, this information alone is NOT enough for anyone to gain access to Battle.net accounts,” Morhaime wrote, though he urged Battle.net users to change their passwords immediately as “a precaution if you’re on a North American server.”

The stolen data from Blizzard is not the first report of stolen data on the Internet in the past month. Yahoo lost some 453,000 login usernames and passwords less than three weeks ago. Reports from LinkedIn, eHarmony, and Last.fm have also been made for similarly stolen passwords and other login credentials. 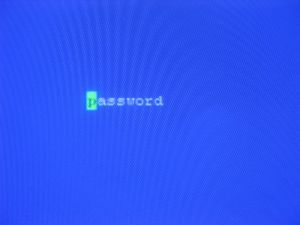