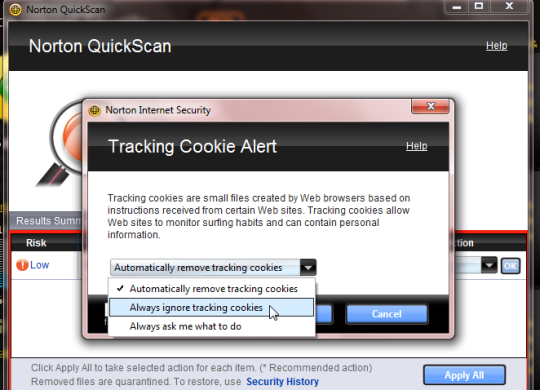 While the cookie is not likely to change throughout the entirety of the Internet, Microsoft has some plans in store for it. In fact, they want to replace it completely with their own brand of tracking technology.

The company is thinking about replacing the tracking cookie it uses now with a type of technology that not only tracks what a user is doing online, but what they’re doing on Window-based devices such as the Xbox. However, this new change hasn’t been announced officially by Microsoft, and there isn’t any time frame when it would begin to take hold.

When AdAge asked Microsoft, they simply said “we agree that going beyond the cookie is important. Our priority will be to find ways to do this that respect the interests of consumers.”

Cookies have been around for a very long time – almost as long as the internet, in fact. Not only do they track users across the Web, they also allow online accounts to stay logged in from one session to the next. Advertisers and many, many other online companies rely on them to figure out what their audiences “want”, and to define certain behaviors so they can tailor their websites and their products to what the majority of visitors want. These reasons alone make the cookie invaluable.

However, the technology (mostly because of its age) is limited. Desktop browsers are currently the only type of computer that can really hold a cookie, so if you’re on your phone, tablet, or Xbox, there’s no way for people to track what you’re doing. In addition, because some people find cookies invasive, there is an option in most browsers to simply turn them off. Some websites aren’t accessible if you do turn them off (because of saved log-in credentials, for example), but limited web browsing is possible without them.

In addition, cookies do pose a security threat to users. Some advertisers and companies simply track your web use, but once they’re told not to (through do-not-track options on browsers), they are supposed to cease their following and delete any cookie that is specifically for tracking. However, some websites don’t actually stop following you, and this is causing some alarm throughout those who protect their history for various reasons.

There are also rumors about Google doing something similar as to replace third-party technology, but plans are still unclear. Only time will tell if the cookie is finished, or whether it will persist to see another decade.