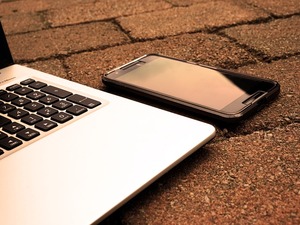 Microsoft is a company that definitely understands the need for better and more secure information systems. Like many other tech companies, they’ve been pushing hard for two-factor authentication protocols covering large swaths of their online ecosystem.

Unfortunately, their approach has been rather messy and unfocused. They’re attempting to remedy that situation by announcing the rollout of Microsoft Authenticator, which will combine the functionality of the two different authentication platforms they currently have in place under a single banner.

That’s an improvement, for sure, and if you live in the Microsoft online ecosystem, you’ll appreciate having a single process as opposed to two different ones (the second being specific to Android devices), but there’s even better news on the horizon.

Once released, the new app will also have an interesting, innovative feature that will allow a user who’s currently logged into Microsoft services via a handheld device to log into any nearby computer with a single tap. There is one caveat, of course. The machine in question will have to be Bluetooth enabled.

Much has been written in recent months about the dismal state of password security around the world. It’s a deep, seemingly intractable problem that no company has managed to get fully under control, and it represents a significant opening for hackers around the world. Regardless of how much time, effort, and money you pour into creating an ironclad digital security system, it can all be undone, or circumvented entirely if just one of your users creates a bad, easily guessed password.

While the recent Microsoft announcement is definitely a positive development, and a move in the right direction, it’s not a magic bullet solution. The real problem lies in the fact that users seem not to fully understand or appreciate the risks associated with weak passwords, both to themselves, and to the companies they work for. Until that changes, all the technology in the world isn’t going to be enough.