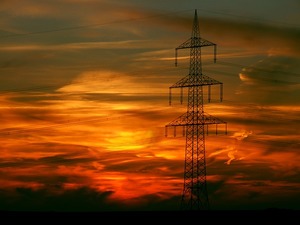 3 Ways to Stay Productive When There’s a Power Outage

It’s incredibly tempting to forgo any sort of work when the power’s out, especially if you had a big project due the next day or you could use a break. Sometimes that’s fine, and it’ll all be okay the next day if you skip a few hours of work tonight. However, many people are no strangers to power outages and brownouts, and sometimes you just have to get work done anyway. While you probably can’t do everything you were doing before the power went out, you can still be productive. Here are a few ways.

Have you seen Tesla’s new battery? It can power a home or office for as long as you need it to by installing multiple units. It’s called the Powerwall, and it’s particularly affordable. If you can’t quite wing the cost anyway – it is still in the $3,000 range – you can still have backup generators and other more traditional means of powering a house ready for an outage. Just having smartphone, laptop, and tablet batteries charged and ready to go can make a huge difference, as many of these batteries can last well over ten hours on max use, and days if they’re just doing the minimum. It’s likely you have data on your phone or your tablet, too, which will keep you in touch with the world while you wait for someone to fix the power.

If push comes to shove and you really need a device charge, your car can provide it. Many companies now sell quick-charge car chargers that can get a phone to full power in less than an hour, and you can also purchase current converters that allow a laptop to be charged off of a single port on your car as well. Be mindful that your car is also running off a battery and that you’ll need to run it at some point to keep that battery strong and charged by the alternator.

Have Your Lists Together

If you collaborate a lot, it’s important to have all of the lists you’ll need in the case of a power outage ready to go. While you probably have the contact data for your team in one form or another, it’s much better to have a list that can be tapped and contacted with just a few steps. This is because there are so many ways to contact someone that you don’t want to spend a ton of time looking for the right way, as battery power is limited and you want to make the most of it.

Use the Cloud, but Use It Sparingly

The cloud can be a huge asset in a power outage because it’s a great way to share videos, documents and other important data with others and yourself. If one device dies, another device can log into the same cloud and you can resume work with the new device. Remember, however, that cloud services are known battery sappers as they sync often, so once you have what you need, turn sync off and only turn it back on when you’re ready to save a document.

Just because there’s no power doesn’t mean you can’t be useful, productive and get things done in the dark with a little bit of thinking ahead of time.