Research in Motion, the makers of the BlackBerry and associated products, shelved the launch of the 10-inch PlayBook several months ago in a public report. However, pictures and specs have been leaked through several sources over the last week, all indicating that the 10-inch PlayBook does indeed exist.

The 10-inch PlayBook seems to have the same specs as its 7-inch cousin, but the poster of the images indicated that the new tablet is capable of 4G networking. The poster also released pictures of the new, redesigned 7-inch 4G PlayBook. When the user was asked where the images came from, he simply said that he “got them from someone else,” and that this someone else was “a reliable source for leaked technology information”.

The launch of the 10-inch PlayBook has been the topic of much discussion since the beginning of the year. N4BB, a RIM enthusiast site, released a report indicating that RIM had shelved the idea so they could focus more directly on a BlackBerry phone that outshined its competition. RIM neither confirmed nor denied the news posted on N4BB, and have not made a public decision about their plans in the tablet market.

Still, RIM has made it perfectly clear that their main focus at this moment is getting BlackBerry 10 devices out into the public, even though the scheduled release of the new platform and phone isn’t until January or February of next year.

Some critics believe that these pictures were taken before the project was put aside and that the PlayBook 10-inch may never see the light of day.

You might be looking at the title of this piece and raising a curious eyebrow. There’s only on 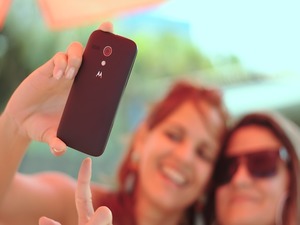 Banks are embracing technology in new and innovative ways, or at least, some of them are. One of the

3-D Printer Popularity On The Rise

Developing at the speed of technology, 3-D printers are making quick progress and in the near future